Earlier in the year, I got my hands on a leaked build of Home Server Vail. I didn’t bother to upload or post any of my findings because it was a very early build and a lot of the features didn’t work, and in addition because a lot of other people posted the stuff too. […]

Earlier in the year, I got my hands on a leaked build of Home Server Vail. I didn’t bother to upload or post any of my findings because it was a very early build and a lot of the features didn’t work, and in addition because a lot of other people posted the stuff too.

This week Microsoft released the Public Beta of Windows Home Server Codename Vail which is to be the second release of Windows Home Server, this time based on Windows Server 2008 R2 Standard Edition. I went through the installation process and then tried to get a few things configured in Vail so here is what I found.

First of all, I notice that they’ve made a lot of changes to the install media. You can see from the screenshot below that the Public Beta ISO verses the leaked version, the ISO has grown from 2.96GB to 3.16GB, however this is unsurprising as this version is much more feature complete.

The installation process is very much as to be expected. Next, Next, Finish kind of affair to make it nice and simple for home users. 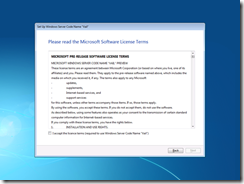 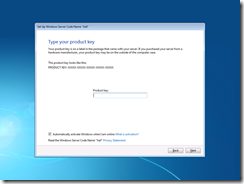 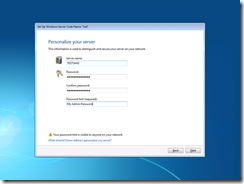 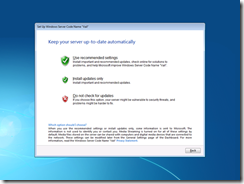 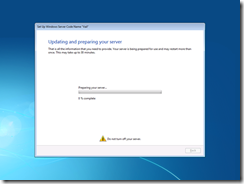 I did experience a problem with the installation in my test environment however. The problem was caused by the fact that my test network doesn’t have a DHCP server, and instead of telling me that it failed to obtain a DHCP lease and was unable to proceed with the installation, it simply hung on the following screen: 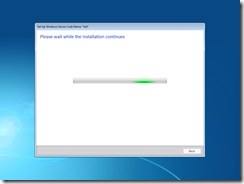 I was able to remedy this and assign the server a static IP address to get things rolling again. Firstly, I had to get explorer.exe running so that I can interact with the desktop and then I had to configure the Network Interface Card with an IP address. 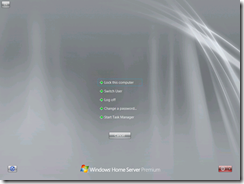 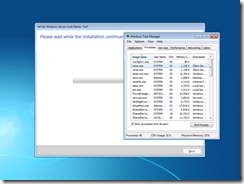 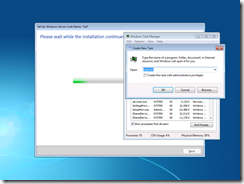 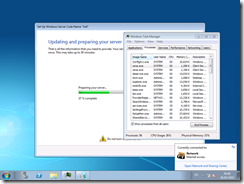 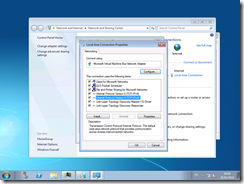 After the network incident, I was able to get the installation to finish without a hitch, and was promptly shown the desktop: 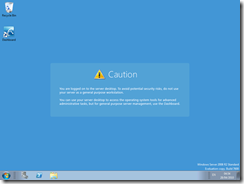 The desktop wallpaper is interesting in Vail because it states that Ã¢â‚¬Å“You can use your server desktop to access the operating system tool for advanced administrative tasksÃ¢â‚¬Â which is a change from the attitude in Windows Home Server v1 where the Internet Explorer window which appears upon server login states you should never login to the server and that you should always use the Console remotely.

Here is a quick once over of the new Dashboard: 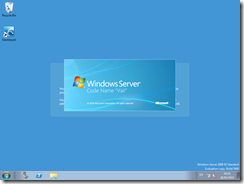 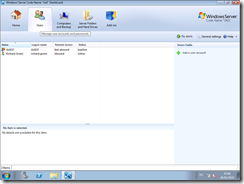 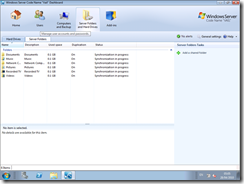 The interesting item to note here is the status of the shared folders: Synchronisation in progress. My virtual machine for Vail initially only had one disk, and after a reboot to add a second disk, I added the disk to the server storage pool, and Vail automatically enabled Duplication for all of the shared folders and began a sync. Windows Home Server v1 would not automatically enable the duplication for existing shares if you start with one disk and expand later so this is a welcome change. In this version, Microsoft are effectively ridding people of the addins that have been created to allow you to customise the web interface by including out of the box options to change the background image, the logo and to include links in the interface. Myself personally, I have a list of links which take me out to my webmail service, our personal website and also to my blog.

The web interface is where the most change has happened. The new interface is very Windows Live oriented, and as a result will give a lot of users a matured user experience which they are already accustomed to. New additions include easier access to the Home Server itself (which didn’t previously appear in the Computers list) and the very nice Silverlight powered media streaming services which allow you to stream music and videos from the server to any Silverlight enabled browser and to view your photos in Silverlight powered slideshows.

Unfortunately there is still no ability to use the Home Server as a Media Center which is a feature many, many people had high hopes in for Vail, but maybe next time. 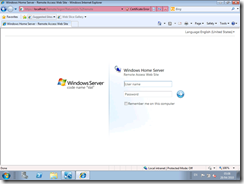 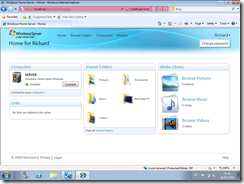 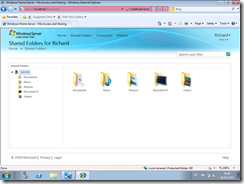 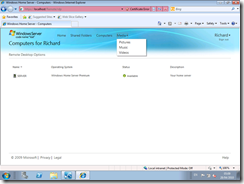 Digging into things a little deeper, here you can see the underlying groups which Vail is using to control access permissions to the various shares on the server. 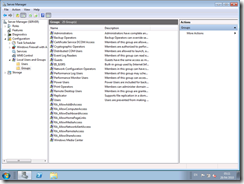 Lastly, a spot of hacking and slashing. Many people run DHCP and DNS on their routers because that’s how Linksys or NetGear sell you the hardware, however there are also a lot of people who like their Home Server to do this for them. There is an addin for WHS called DHCP4WHS which provides a Home Server Console user interface for administering DHCP.

As a test I tried to install the DHCP and DNS roles on the server to see if they would install and they sure do, so it looks like were still good in Vail for server-based DHCP. 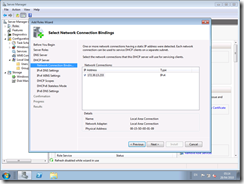 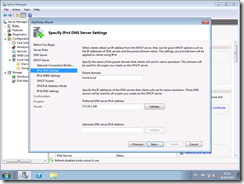 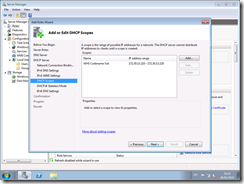 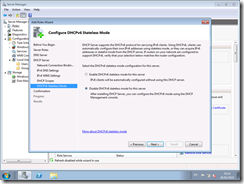 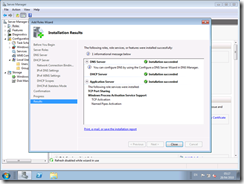