With my name being Richard Green, one could go some way to try and associate me with environmental tree-friendliness. Contrary to that, I am actually extremely energy inefficient. My biggest energy crux in my current Windows Home Server machine.

Running on a Dell PowerEdge SC1425 with two Intel 2.8GHz Dual Core Xeon processors and 6GB of DDR2, this thing is total overkill for Windows Home Server and isn’t actually very good at it’s job either. Granted, it’s got dual Gigabit Ethernet for teamed and reliable network connectivity and it’s got SATA-II drives for high speed data movement, but at the same time, its in a 1U chassis which means it only supports a maximum of two drives, and it’s got a 450W power supply which when faced with the two Intel Xeon processors, both of which are designed at 90W power consumption makes for an eye-watering electricity consumption report.

I did try to enhance the usage profile of the machine by using an add-in for Windows Home Server called LightsOut, however the great feature of this software, which is to sleep and wake the server at pre-defined times during the day remained useless on the PowerEdge. Being a server machine its power supply doesn’t support the S3 power state which means it doesn’t support sleep Ã¢â‚¬â€œ Only Shutdown and Restart, as a result, meaning the server stays on 24×7.

Granted, I could manually shutdown the server each night and power it back up again during the day when needed, but that’s not the design of a server. It’s designed to be accessible when you need it. My view on energy efficiently and environmental impact kind of fits this mantra also. I’m quite happy to spend a little money on energy efficient products if it will benefit me, and if my way of life isn’t impacted as a result. This example of powering down the sever manually has an impact because it’s an additional action upon me to complete, it means the server is potentially unavailable during start-up periods when I want it and generally makes the appliance less useful.

I’ve been looking around at what other people have done with Windows Home Server machines and seen a growing trend in Atom powered machines with low power consumption, designed for always on availability. My issue herein is that I have a 19Ã¢â‚¬Â server rack in which all of my kit is mounted so the device needs to comply to the form factor to make it suitable, which basically rules out all of the pre-built systems from people like HP and Asus, so I’m being hurtled back into the world I escaped a few years ago Ã¢â‚¬â€œ Self build.

The criteria for the project are quite tight:

After trawling the internet for quite some time on the subject now, I believe I have produced the ultimate solution using the following:

The case from X-Case at http://www.xcase.co.uk/product-p/case-x-case-400-fslash-10.htm?CartID=1 is the building block for this system. It allows me the flexibility to use my existing rack at home, while in a 4U chassis is gives enough room for 10x 3.5Ã¢â‚¬Â hard disks and 1x 5.25Ã¢â‚¬Â optical drive, although my machine will not have one installed as Windows Home Server can be installed via USB.

The ASUS, Intel Atom, nVidia ION Motherboard trick box from Novatech http://www.novatech.co.uk/novatech/prods/components/motherboards/miniitxmotherboards/90-MIBCT0-G0EAY0GZ.html gives me a Dual Core 1.6GHz processor which under full load only draws 8W of power and yet does not require active cooling, and only uses a passive heat sink, all the while, the miniITX form factor of the motherboard keeps the remaining power draw to a minimum. 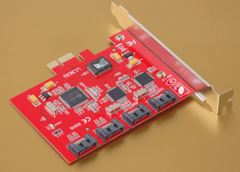 The motherboard hosts 4 SATA-II ports, so needing to increase that to come close to the 10 drive support of the case, I will add a StarTech 4-Port PCI Express SATA-II Controller. The StarTech card was chosen because it appears to be the only card to combine SATA-II and PCI Express interface, as many of the other cards such as those powered by the Silicon Image 3114 controller are PCI based. The StarTech card can be seen here http://www.leaf-computer.de/raid-controller-4-port-sata-ii-pcie-x1.html and can be purposed from Leaf Computers via Amazon Marketplace. 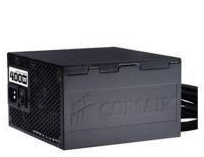 The Corsair CX400W power supply from Overclockers UK at http://www.novatech.co.uk/novatech/prods/components/powersupplies/corsair/cmpsu-400cxuk.html is of good efficiency and also being near silent with a slow rotating 120mm fan to keep the air moving. This supply also has six SATA connectors for the hard drive power needs and four Molex connectors which can easily be converted to SATA once the need arises. 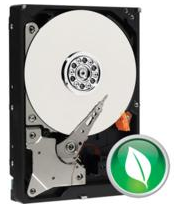 The Western Digital hard disks are of the Green variety. The demands of a Windows Home Server are not high speed disk access, unlike a RAID10 SQL Server. The needs are for high volumes of always available storage. The Green drives give SATA-II high speed access while providing a low thermal output because of the adaptive rotation speed controls and also the low power consumption.

Although only speculation based on figures collected from sources around the Internet, I believe that the Windows Home Server of this specification would consume a mere 32 Watts at idle and 38 Watts and full load when using 2 1TB Green drives. The drives consume about 6 Watts each, so simply add this amount for each drive added. The other advantage, is by using a standard ATX power supply with 12V 4-Pin connector to power the motherboard, I will have support for S3 power state, allowing the server to be put into Sleep overnight. This will allow me to reduce the operational hours from 24×7 to 17×7 in my example.

Using an online power calculator, we can see that the server of this specification will consume only 16 kWh (Kilo Watt Hours) per month. I have an in-line power meter currently connected to my personal computer which I will be attaching to the Home Server in the next day or so, and then I will be able to see the real-world draw of the current PowerEdge SC1425 to compare the two and see the potential savings.

I will create a new post to show the comparison once the data is available.